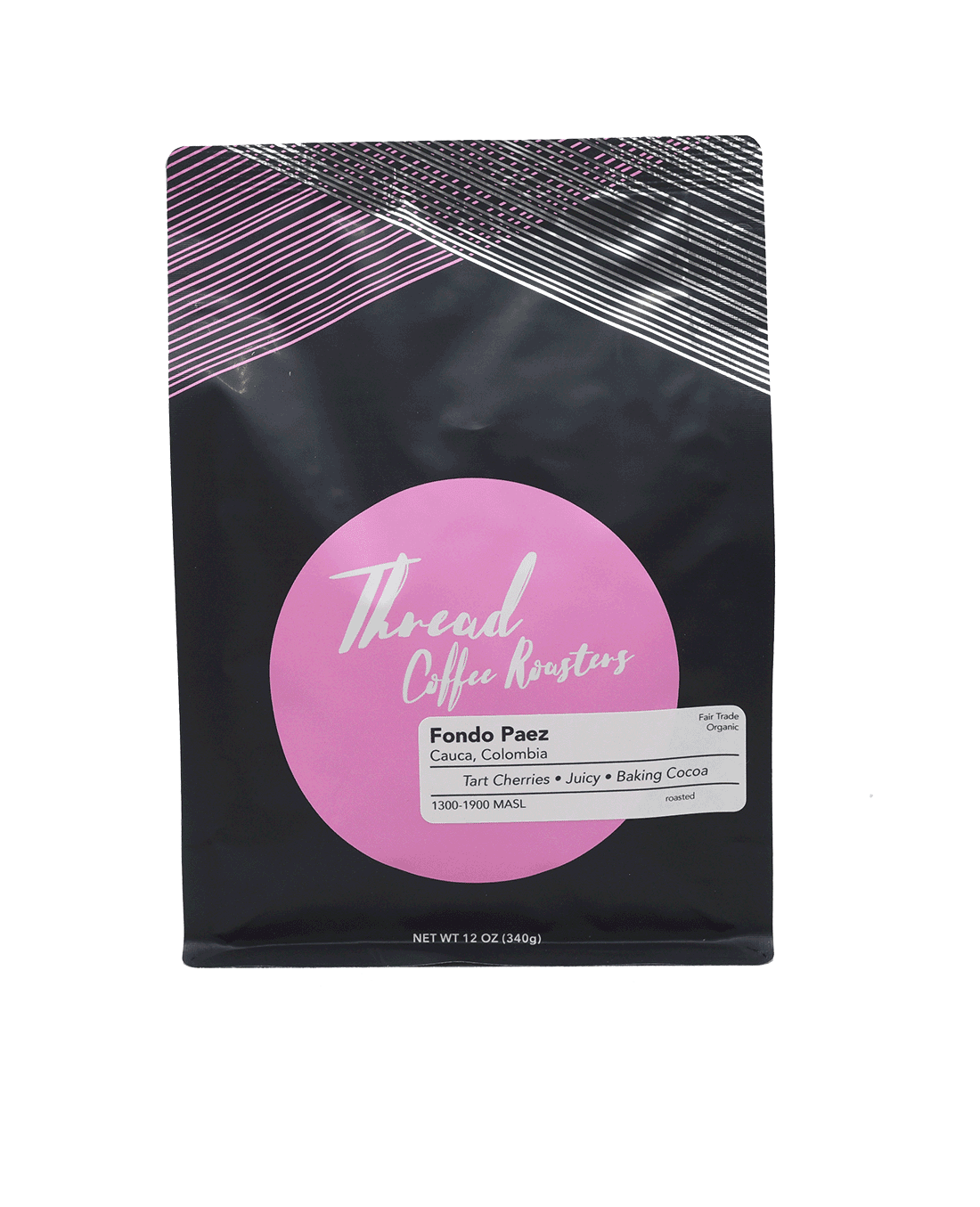 The Paez - or the Nasa - are the largest indigenous group in Colombia. Their land is in the Cordillera Central centered around the mountains of the Cauca department. Fondo Paez was founded in 1992 with the primary goal of recuperating traditional agricultural knowledge and indigenous culture which had been buried by centuries of conflict and oppression. Members of Thread have visited the farmers of Fondo Paez twice now, and they are some of the most inspiring farmers to work with. They've recently set up their own exporting cooperative, ExpoCoSurCa, which formed in response to a desire to have more control over how their coffee was bought and sold, and to whom.

On visits with Fondo Paez, farmers have shared the difficulties they've been facing because of climate change. The biggest sign of this has been through the spread of la roya - coffee leaf rust - which causes the leaves of the plants to fall off, preventing the plants from producing coffee. On top of that, the rains have been less and less frequent, which has caused the harvest to come late. So farmers have been actively working to implement irrigation systems, composting, diversifying their plant varieties, and improving the shade canopy.

Thread brings you a coffee from Fondo Paez that is smooth and nutty, with a subtle sweetness of fruit.

There are no reviews yet, submit yours in the box provided.
Submitting Your Review, Please Wait
Your Review Has Been Submitted Successfully

You must include a title, rating, and message in your review.
Your Review Title
Your Rating
Your Review