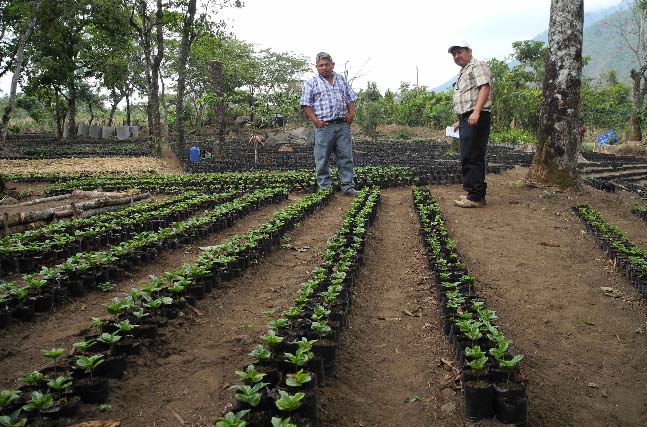 The CCDA (Comité Campesino del Altiplano) initially began as a civilian support group for the Rebel Armed Forces during one of the most turbulent years of the Guatemalan civil war in 1982. Originally named Campesino Committee in Defence of the Highlands, and headquartered in San Martin Jilotepeque, Chimaltenango, the organization was outlawed during the war for working underground organizing Mayan campesinos. They changed their name to the Campesino Committee of the Highlands in the hopes of establishing a more peaceful relationship with the military authorities; however, they had to continue working clandestinely until 1988 when the armed conflict slowly subsided.

CCDA succeeded in becoming a legal organization by 2000, and CCDA members were finally able to participate more freely at regional, departmental, national and international levels in defense of Indigenous access to land and the agricultural situation, labor rights, human rights and the Mayan cultural situation.

As a political organization, CCDA operates in 11 departments in Guatemala, but Cafe Justicia — the branch of the organization that supports the production and marketing of members’ coffee — operates solely in the Lake Atitlan region. Coffee is one of the major sources of support for their political struggles; and Cafe Justicia hopes to continue expanding their markets in the United States and Canada via our importer Coopertive Coffees. 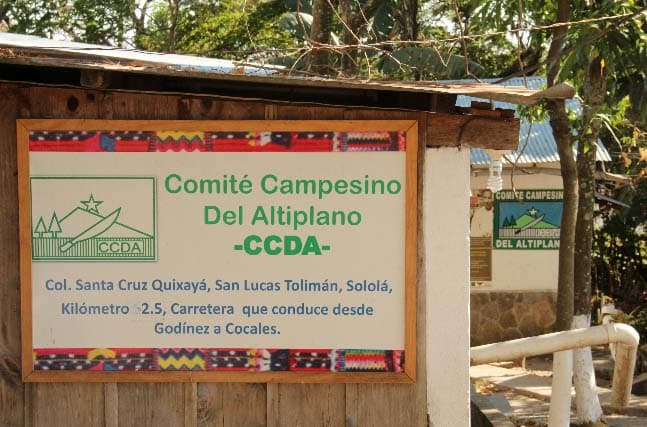 Locally, CCDA has made huge strides in promoting organic agriculture. They have three part-time organic técnicos and an agronomist on staff, advising members on best practices in organic agriculture. CCDA has four centers for organic fertilizer production, which produce bokashi, vermicompost and effective micro-organisms for members. Their worm composting project, which has been growing since its inception in 2008, now has each center producing around 1000 lbs of compost in a month, which is then sold to members at subsidized pricing. Meanwhile, bokashi and seedlings are offered free of charge to members, based on a system of coop loyalty and how much total coffee is sold to the coop versus to outside intermediaries.

Through their hard work on the land and diligent quality control through every step of processing, the members of CCDA are able to produce a fine coffee with classic Lake Atitlan region characteristics. Through the successful export and sales of this coffee, Cafe Justicia supports CCDA’s efforts to lobby the Guatemalan government for more equitable rural development policies and basic respect for Indigenous Rights.

Improved access to education is one important fruit of Cafe Justicia’s labor. From the profits of their coffee sales, CCDA has established a scholarship fund – from primary school through university. In 2012 alone, they had 32 students – the sons and daughters of CCDA members – enrolled in university thanks to this program. They also have established a rotating credit fund available to members. Cafe Justicia lends out a maximum credit line of 5000 quetzales (about $650) for investment in renovation, pruning and shade management in coffee plots, as well as micro-credit lending program available to members for non coffee-related investments. In the town of Quixayá, CCDA operates a local clinic and pharmacy which offers discounted health services to CCDA members as well as to the general community.

For October’s Featured Coffee, Thread brings you a coffee from the CCDA coffee farmers of Lake Atitlan, Guatemala that is remarkably smooth, with sweet notes of dried cherry & a subtle juiciness like fresh apricots. Enjoy!

Information on CCDA and Cafe Justicia from Cooperative Coffees.

Checking in with Fondo Paez – Pt. 1